The purpose of this test is to evaluate the in-cylinder pressures of a gasoline engine during cranking using the WPS500X pressure transducer. 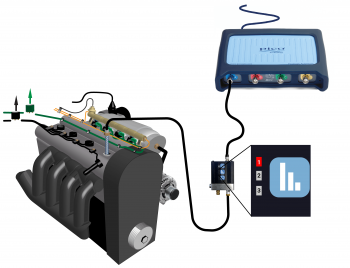 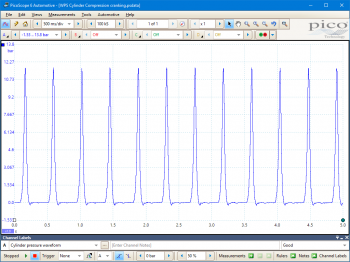 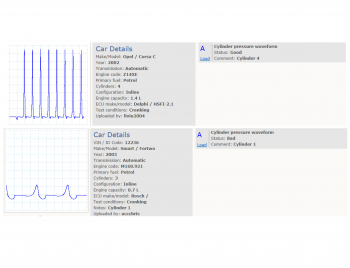 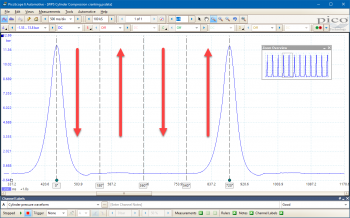 With both time Rulers and Rotation rulers on the time axis, the Ruler legend shows both time and degrees. By aligning the time Rulers with specific waveform features, it is possible to measure valve timing events relative to TDC and BDC (in degrees) to check them against manufacturer data.

When captured during cranking, the relationship between the in-cylinder pressure waveform features and engine events can be described in turn, as follows: