The purpose of this test is to evaluate the operation of the accelerator pedal position sensor based on the output voltages in relation to pedal position. 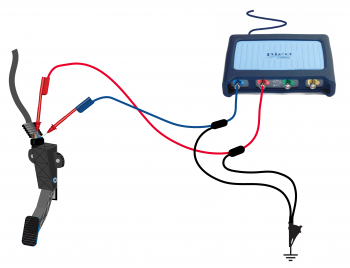 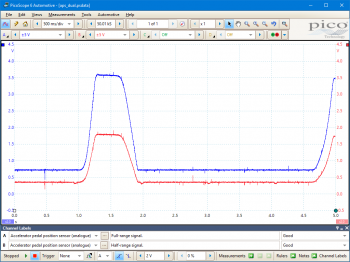 In this example, the Accelerator Pedal Position (APP) sensor is of the potentiometer type. It receives two reference voltages from the Powertrain Control Module (PCM), having two ground wires and two signal wires that send a varying voltage back to the PCM relating to accelerator pedal position. The signal voltage sent back to the PCM may vary from manufacturer to manufacturer but will probably never be greater than 5 volts.

Go to the drop-down menu bar at the lower left corner of the Waveform Library window and select Accelerator pedal position sensor (analogue). 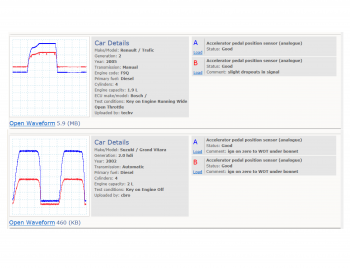 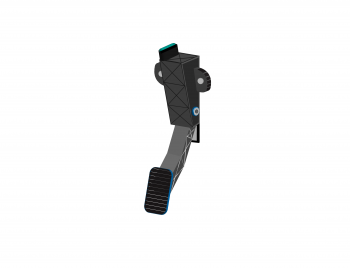 Several methods are used to generate the signal. The great majority use the common 5 volt reference as is used throughout the engine management system. The two most common methods of signal generation are as follows:

Should you suspect a fault with the signal, test the wiring from the PCM to the APP.

Ensure that the PCM has good power supplies and grounds where required.

Test the APP (disconnected) with an ohmmeter.

PecoScop must be my life companion .