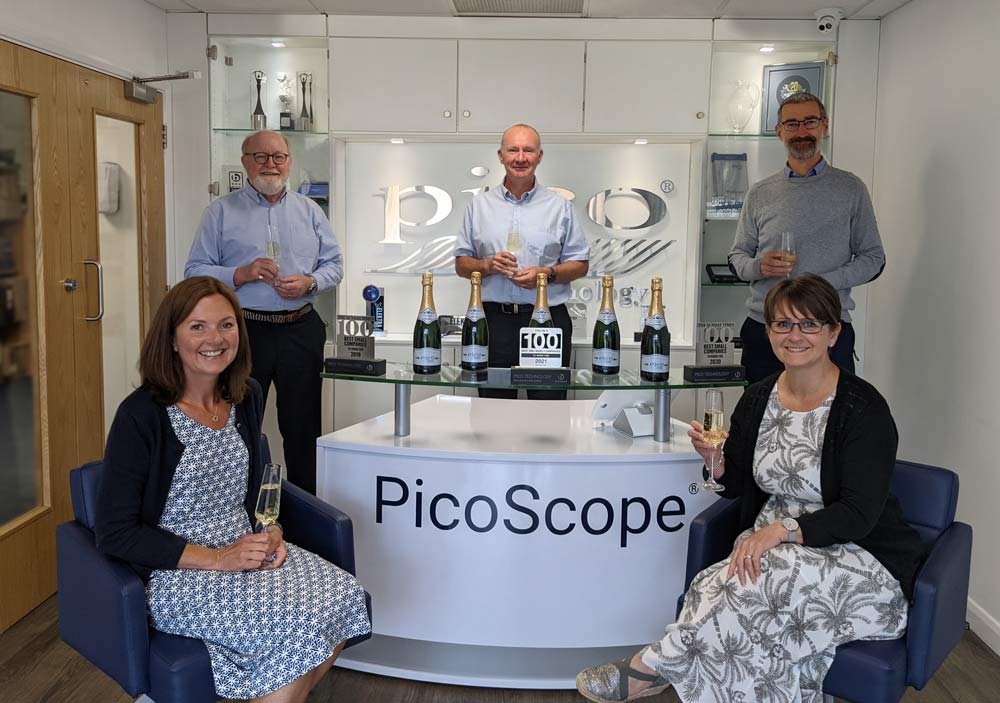 In April, Pico Technology were again named as winners of a Queen’s Award for Enterprise, the UK’s highest accolade for business success. The award, which has been given during our 30th anniversary year, recognizes our sustained history of designing and PC-based Oscilloscopes, Automotive Diagnostics tools and Data Loggers for widespread use worldwide.

“It is a real honor to receive this award during the same year we are celebrating 30 years of continuous growth as a Company. This is the second time we have won a Queen’s Award since our foundation in 1991,” announced Managing Director Alan Tong. “The company has grown every year since then, contributing to the local and national economy and employing over 176 people at our offices across the globe. I believe that this award reflects not only our own success, but also the continuing importance of the UK’s manufacturing and technology sectors to our country’s prosperity especially throughout the tough last couple of years during the pandemic. I would like to thank the team at Pico, our customers and suppliers and our partners worldwide for their contribution to our story.”