Pico at ATE and iVT exhibitions 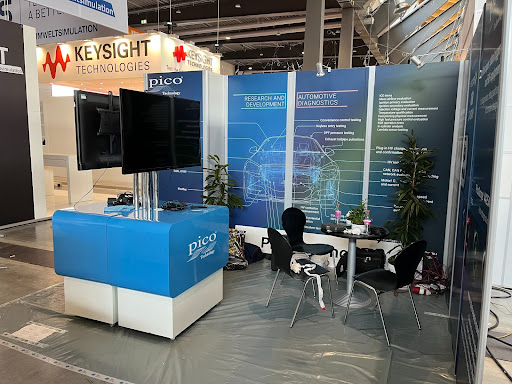 As the world eased its way back into some sort of normality, the Pico Automotive team exhibited at two shows in June.

The Automotive Testing Exhibition was up first, where Steve and Barney travelled to Stuttgart along with our T&M colleagues to show the crowds what Pico had to offer. For 3 days a newly designed stand allowed them to display all things Pico with focus on EV and NVH.

As with all industries, the shift towards electrification has a huge impact on both system designers and technicians. Having the right tools which can be used from the design level all the way through to the workshops is vital. If everyone is using the same tooling and software this can help speed up the troubleshooting and fault finding when problems arise. 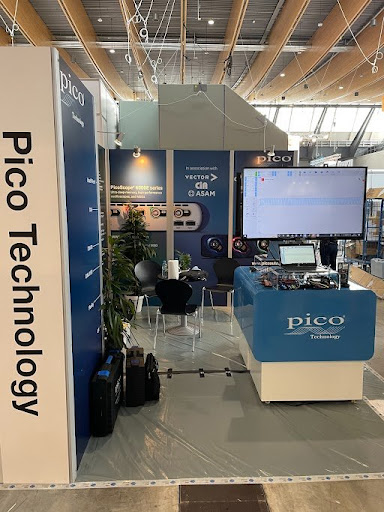 From system architects, engineers and warranty supervisors, people saw the power of Pico with decoding and NVH being of particular interest. PicoScope 7 was also met with interest with many being impressed with the new layout, especially as it’s more suited to touch screens. 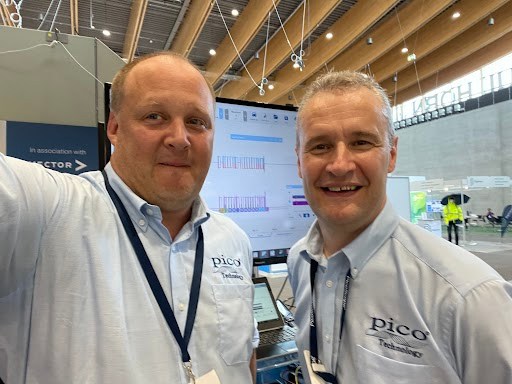 Overall attendance could have been better but the general feeling is still tentative with Covid cases starting on the upward direction in most places. The good news is that the hospital admissions are down which will hopefully mean confidence in the vaccines is high allowing people to move more freely in the future.

The Industry Vehicle Technology show was held in Cologne and featured the latest advancements in components for heavy duty and off highway vehicles.

Ben and Olaf took some exciting news regarding the coming Off Highway kit with Ben also speaking at the iVT conference which was running alongside the main exhibition. A slightly smaller stand compared to the ATE show but no less impressive. With the upcoming off highway kit, Pico’s graphics team have pulled out all the stops to come up with a design that pulls focus and leaves you wanting more. Hats of the graphics team here as we had so many comments from other exhibitors and those that came to speak to us. 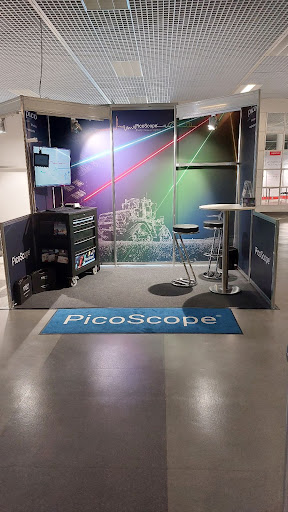 The team were there to discuss all things off highway. As with the ATE show, electrification featured heavily in both the conference and the exhibitors in the main hall. Electric motors for all types of hydraulic pumps, electrified air conditioning units even an electrified turbo charger. 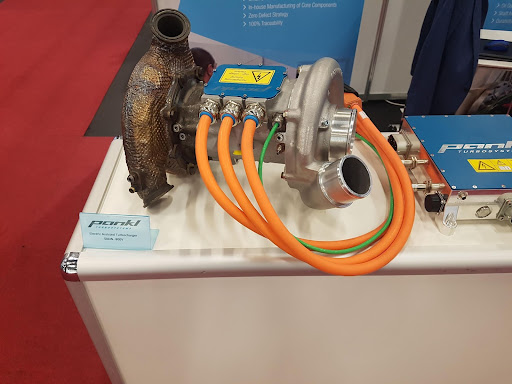 Similar to the ATE show, people from all backgrounds stopped by to see what we had to offer. From engineers to distributors with some already using Pico some not, they were all pleased to see how the software has changed and are liking the fact the BNC+ removes the need to replace 9V batteries!

The presentation for the conference focussed on how the after sales departments can maintain quality in repairs during the transition to electrification. Featuring PicoScope, we talked about the many features that make PicoScope the swiss army knife for heavy duty and off highway repair centres being able to diagnose engine mechanical, electrical, hydraulic, communication, noise & vibration as well as being future proofed for the upcoming high voltage systems. Following the presentation one attendee thanked us for the presentation stating that it’s good to remind the engineers that someone has to repair and maintain the systems they design.

The iVT show, much like the ATE, was not as well attended as what the organisers were hoping for. It’s a difficult time as you just don’t know who is going to attend a free exhibition as well as the uncertainty still surrounding Covid. Hopefully those that attended felt comfortable enough and it shows that confidence is growing for attending these types of shows. 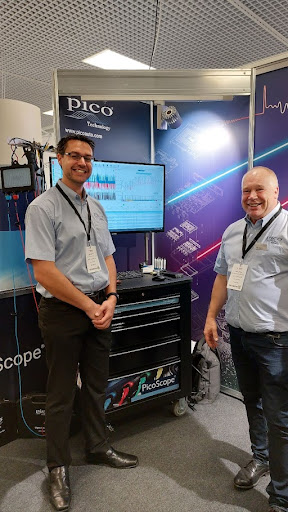 Ultimately, it is good to get out and speak to people face to face. Whilst virtual calls most certainly do, and should, have a place in allowing us to connect to anyone anywhere in the world, there is something still very human about wanting to socialise with others. With that in mind we hope to see you at the next show which will be Automechanika in September.