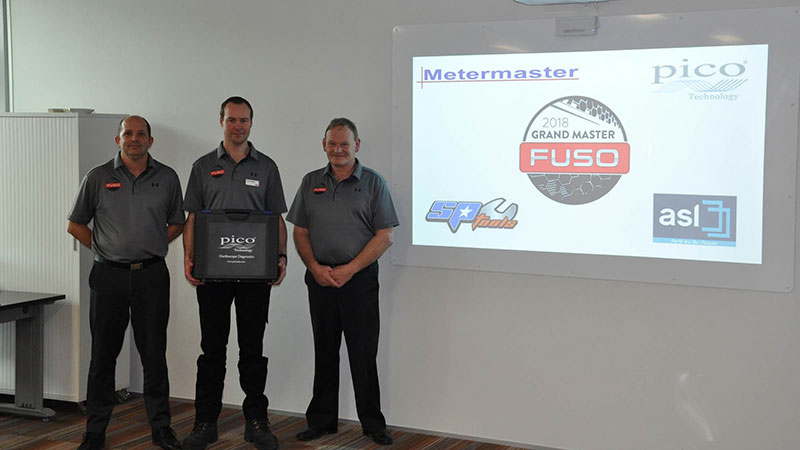 Fuso NZ’s inaugural technical skills competition saw 48 of its best technicians from across the country step forward to put their expertise to the test – vying to be named the first-ever winner with the grand prize of an all-expenses-paid trip to Japan.

The competition, strongly supported by ASL (SP Tools) and Metermaster (PicoScope), involved three assessments throughout the year to evaluate problem-solving and fact-finding abilities, with points awarded for each individual’s methodology and end result.

Winner Allen Whitaker will enjoy an all-expenses-paid trip to Japan, including a trip to the Mitsubishi Fuso Truck and Bus Corporation head office in Shin-Kawasaki and an opportunity to visit the company’s famous testing facility based at Kitsuregawa.