The Hall effect sensor is commonly used in camshaft and crankshaft position sensors, but can also be found in other applications, such as ABS sensors.

Hall effect sensors use the principle of a magnetic field, diverting the electrons in a semiconductor in a direction perpendicular from their usual path. These electrons create a potential difference, called the Hall voltage, across the semiconductor.

A Hall effect sensor is used in conjunction with a permanent magnet. By interrupting the field of this magnet with a metal disk fitted with blades or windows, pulses of Hall voltage are produced which are output by the camshaft or crankshaft sensor.

PicoScope displays the Hall voltage pulses as a square wave, thereby reproducing the signals received by the camshaft and crankshaft position sensors. 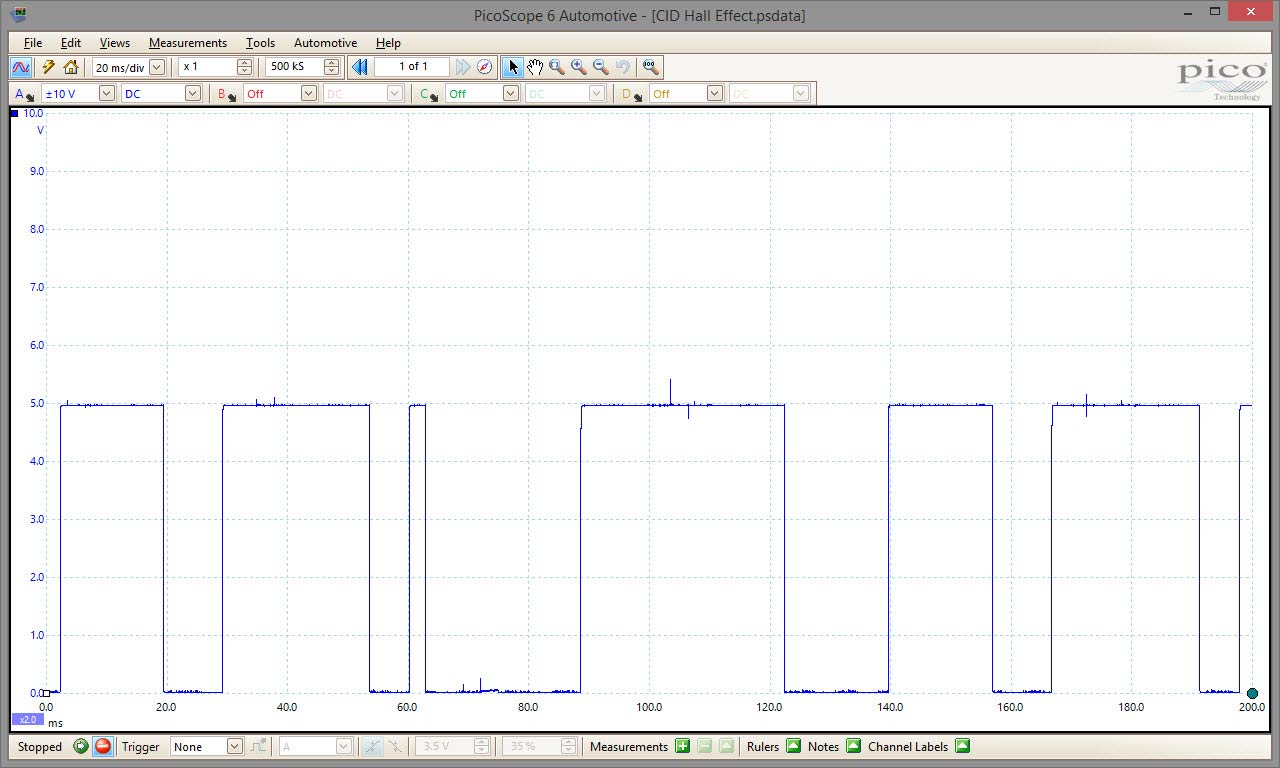