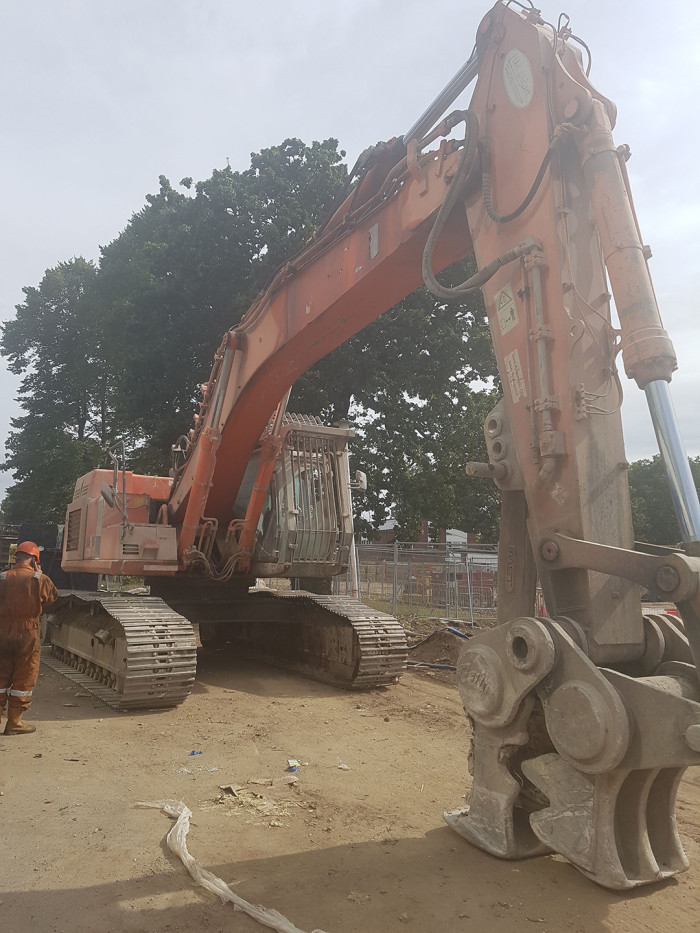 Have you ever been in the position where a customer calls up to say ‘the machine is down on power and we think it’s the hydraulic pumps so can you replace them?’ You respond by saying ‘of course but wouldn’t you rather we look at it first?’ ‘No, just price it up, it needs to be fixed.’

When you look at the price of the part and the cost of the work you inform the customer, ‘Well, just for the parts it’s £30,000. Are you sure you don’t want it looked at first?’ Strangely enough, you find yourself with a new diagnostics job!

When I approached the machine, it could only be described as something that resembled a prehistoric animal. Its sole purpose is to crush large pieces of concrete as it tears down buildings. It has had a hard life, but according to the owner, he can’t buy anything else that matches the performance of this machine. That is why it was important to find out what was going on and keep the machine going.

The customer complaint was a lack of power which got worse when warm. It’d been losing around 5l of coolant a day, running hotter than normal and seemed to play up during warmer weather. The customer interview had given us some real direction for our action plan, which helped speed up the process.

Whenever I attend a machine with lack of power concerns, one of the first things I like to perform is a relative compression test. While these are not foolproof, such a simple test can give you quick direction. Our relative compression results were seemingly ok, with one cylinder marginally lower but not enough to warrant immediate attention. 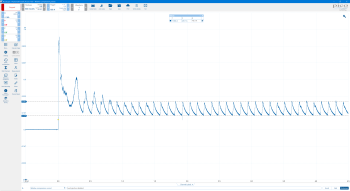 The next on the list of easy measurement was the crankcase pressure measured with the WPS500X. The settings were loaded from the Automotive Guided test menu where the time base, scaling and probe was already set up, again speeding up the process. After making sure that the WPS500X was charged and connected according to the test directions, I performed the test as described. 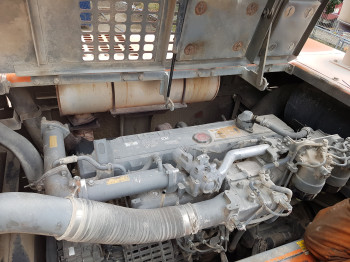 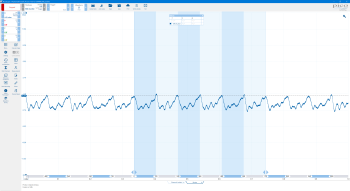 Exhaust pressure waveforms can be extremely useful when looking at combustion issues, as the exhaust output pressure is the result of every part of the system. Air, fuel, compression ignition, these will all affect the exhaust pressure waveform. Again, we are only looking for a uniform pattern, as exhaust waveform characteristics cannot be accurately predicted without exact knowledge of engine and exhaust design. 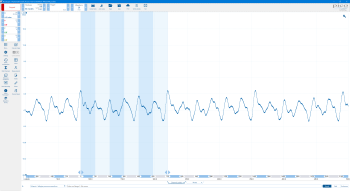 We could see that the exhaust pressure showed some inconsistencies. The exhaust pulsation is enough to warrant a deeper dig.

When moving to the next test, we needed to choose measurements that could give us an overview of the engine during operation. Looking at the crankshaft sensor, a trigger using a Piezo clamp and rail pressure would give us a lot of information about the fueling, crank speed and cylinder identification. I chose these signals based on the accessibility.

By using a math channel and scaling, we were able to graph the crankshaft speed. Typically, most vehicle manufacturers will use a similar technique for misfire detection. We can also use this directly in PicoScope to visualize the crankshaft acceleration and deceleration, which is ideal when looking for combustion anomalies.

The math formula for this post is the following: crank(A,60). If you are not too fussed on having the RPM value, creating the math channel freq(A) will see a similar pattern. You can then adjust the range of the math channel to zoom in on the trace.

You can find more information on math channels in this forum post. 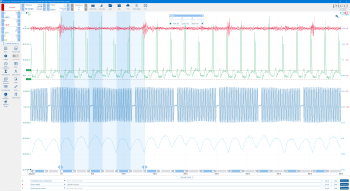 As you can see, there was a repeating change in the crankshaft speed and when we looked closer at the rail pressure signal, it didn't appear to drop as much as the others. If the rail pressure didn't drop as much and the engine speed also didn't increase, then it would be safe to say we were looking at a possible fueling issue.

By adding the firing order, we can determine which injector is the one of interest. 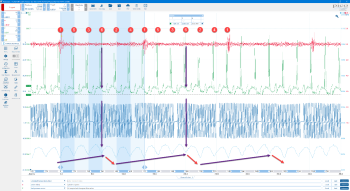 Knowing the type of industry these machines work in, it is less economical to have it sitting on the sideline than to replace parts. While I’ve yet to have confirmation of a fix, what we do know is that we gathered enough evidence and direction to give the fuel delivery system closer attention. Using the non-intrusive tests at the beginning meant that we could quickly focus our attention on problem areas without needing to take anything apart. With a clear action plan and a good interpretation of the results, we had all of this wrapped up in the golden hour. Things are made easier, of course, by the level of accessibility that this machine gave but this is a great example of how combining channels to give you a picture of the vehicle operation can point you in the right direction.

A more recent success story using the same methods as the above was a JCB 525-60, which had a more obvious misfire.

The initial tests were performed as with the relative compression and the crankcase pressure looking good. However, the exhaust pressure waveform stood out. By capturing the crankshaft sensor, a cylinder reference (this time it was cylinder 4 injector current) and keeping the exhaust waveform, we were able to form a picture of what was happening in this engine. Unfortunately, the rail pressure sensor was not easy to get to on this machine, so I did not include it in the capture. 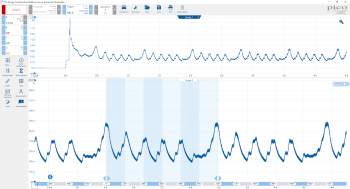 When applying the math channel on the crankshaft sensor we could see that the acceleration in the crank, and then a deceleration after where cylinder number 3, should have contributed speed of the crankshaft. This is followed by an increase again. Based on the accessibility of components, it took longer than expected and the customer wanted some answers.

Sometimes a decision has to be made even if you don’t quite have all the evidence you would like. There was, however, enough to point us towards fueling. In hindsight, a capture of the intake manifold would have been useful to prove that we were getting enough air into the cylinders.

However, while hindsight is a lovely thing, we decided to remove the injectors and send them away for testing. This decision was based on the initial inspection, which also included a visual of the intake system, air filter, fuel filters that had recently been replaced and black smoke being emitted from the exhaust.

At this point, the injectors were individually labelled as to which cylinder they had come from. The report from the test center confirmed that injector 3 had a poor spray pattern and was no longer atomizing the fuel correctly. Being satisfied that it needed an injector the customer agreed to have the repair done. I was also able to get another capture after fitting the new injector. 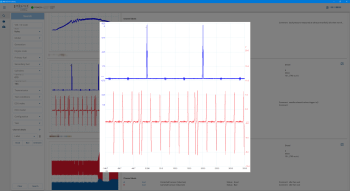 The new capture displays a much more even pattern from our crankshaft signal and a uniform, repeating exhaust pressure waveform. There are still some slight variations within the crankshaft signal, but the misfire is no longer present and the machine power had been restored. It may be the adaption readings need time to compensate for a new injector as the balance has now been restored. The customer was happy that they only had to pay for one injector and impressed with the fact we could provide them with evidence when discussing the issue with the machine.

As you can see from these cases, capturing the crankshaft sensor not only reveals information on the sensor signal but can, when coupled with math channels, provide more detail on the condition of the engine.

Awesome article showing the power of the scope ... I’m only a fledgling with this tool but really appreciate that people take the time to share there experience with others.
Many thanks and keep up the good work.

I had a similar case on a mercedes engine mounted on a sprinter van using the wps 500 connected instead of the lambda probe you can check the discharge pressure of each cylinder synchronized with the injector on cylinder 1.

I had a similar case on a mercedes engine mounted on a sprinter van using the wps 500 connected instead of the lambda probe you can check the discharge pressure of each cylinder synchronized with the injector on cylinder 1.