The car came to me after the previous repairer had spent a week or so head–scratching and internet–searching.

My first action was to plug in the VAG–COM Diagnostic System (VCDS) to pull any diagnostic trouble codes (DTCs). There was one:

Looking at the measured value blocks (MVB) group 004, I noticed that the actual injection pump timing was too far advanced in relation to spec. With the coolant temp at +85 °C I switched to basic settings on the TDI timing checker but it was that far advanced it would not plot on the graph. At this point I suspected the N108 commencement of injection (COI) solenoid was stuck advanced.

I selected the output tests and actuated the N108 COI control solenoid which made the engine tone change, which told me it was functioning.

I retarded the timing to a point where it started to graph and set to spec for the post–1999 ALH engine. This also cleared the DTC and also made a big difference in how the car drove and pulled. I tried an engine start after it had cooled and the smoke seemed better too, but this was not exactly a cold start test. I let the previous repairer take it back to try a cold start the following morning. Sadly this wasn’t very good, and the car came back.

A check again for DTCs with the VCDS revealed no codes and the timing was still in spec.

So I started thinking it could be overfuelling on start–up. I adjusted the injection quantity (IQ) to trim the fuelling to see if that made any difference… No! So we are looking at something else.

I hooked up the PicoScope with a 600 A clamp round the battery cable and did a relative compression test (Figure 1) as this method is non–intrusive and takes a matter of minutes rather than hours removing injectors or glow plugs.

I saw what I expected to see: the smooth running correction values were high for cylinder #3, which was adding very close to the limit of 2.0 mg/stroke which indicates a weak cylinder (a negative value shows a strong cylinder). 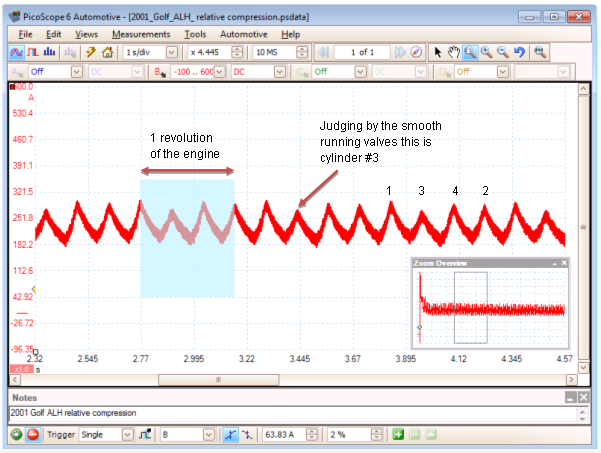 Just to back up that capture I did a compression test through PicoDiagnostics (Figure 2). 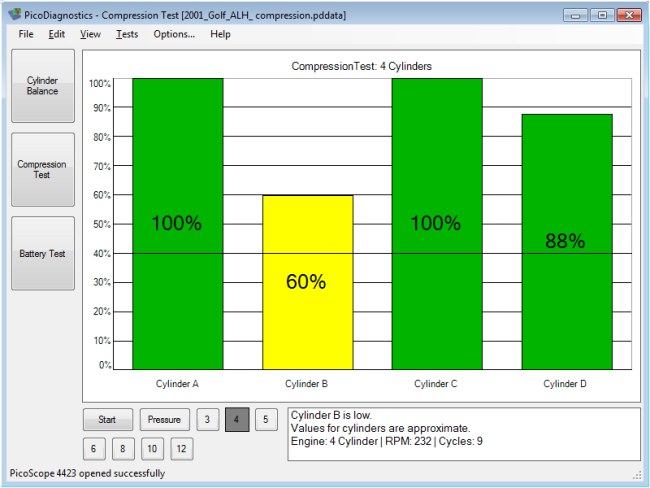 After this test I put the wire back on the N109 stop solenoid and started the car running the cylinder balance test. This started with one cylinder in the red (Figure 3) but picked up quickly into green (Figure 4). 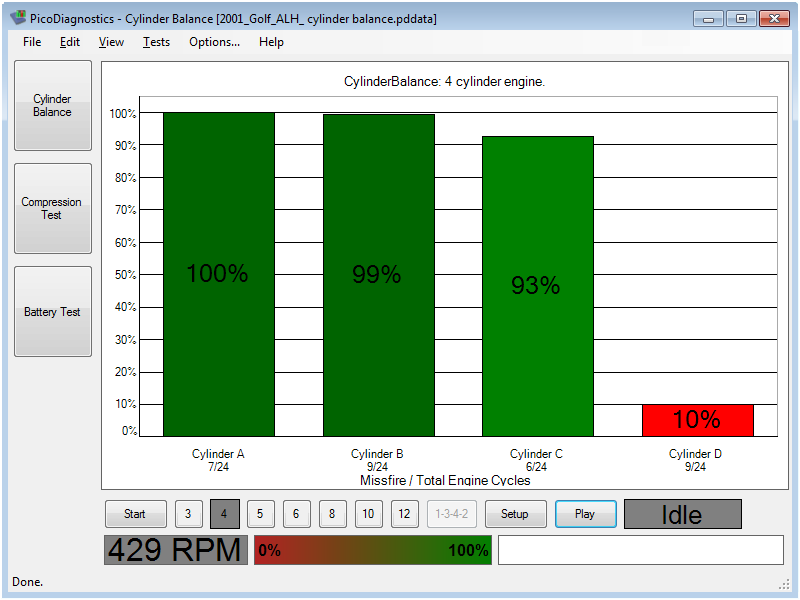 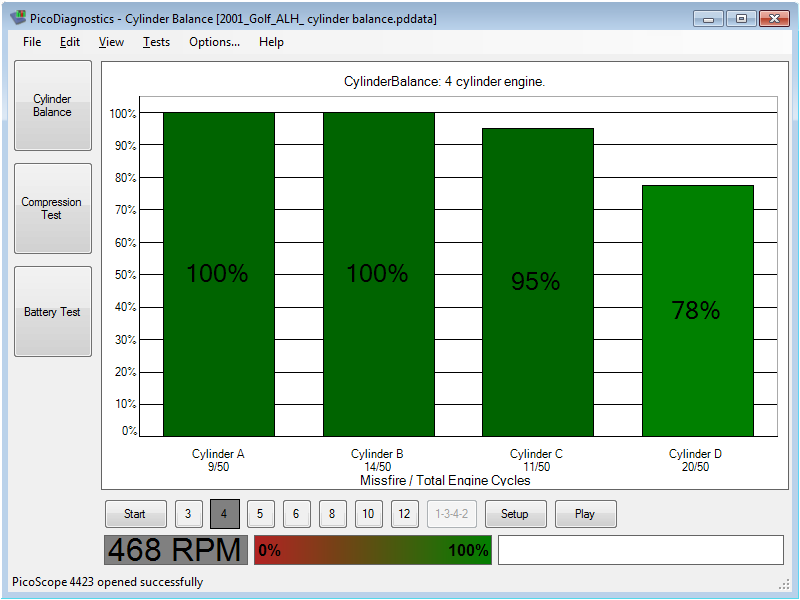 Pretty obviously now, there is a problem with engine internals. When the car came to me the second time (after cold start) I said that, had it been a TDCi, I would have suspected a bent con–rod as this clears (to an extent) when warm.

It took five minutes to grab that information with the PicoScope in a non–intrusive manner: just another example of the information that can be got in so little time thanks to Pico.

I would say the piston rings were gone. The reason the compression came back up is the unburned fuel filled the space in the rings and compression rose up again

good diagnostics,i know a few that would have changed the pump first, a good method and well found with a pico and knowledge.