This case relates to an old favourite – Vauxhall EGR – and is not model-specific as you can attribute this failing to nearly all the range fitted with a similar EGR valve. For accuracy’s sake, this was a 2000 model Zafira with Z16XE engine code.

The customer complaint was intermittent cutting out. This was eventually narrowed down to only stalling at junctions: how important is correct information?

A code check revealed NO DTC PRESENT which isn’t the best of starts. Admittedly the stalling symptom does fit an EGR fault but it’s far from conclusive yet, and I also was missing the usual P0400.

I felt that the EGR system would likely want looking at some point in the investigation, so I began with monitoring that, if only to discount it as the fault. 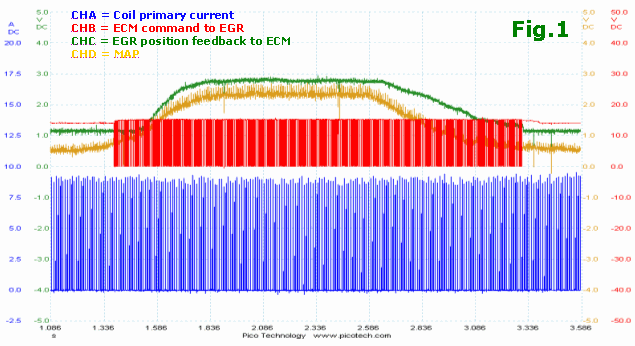 Fig.1 was a typical capture recorded on road test under light cruise which is the optimum condition if you want to force EGR. On CHB we see the ECM requesting the valve to open by applying a VPW (Variable Pulse Width) to ground, and then we see the pintle position change on CHC until a pre-programmed value is reached as set by the ECM according to the driving conditions. The MAP value on CHD offers a view of how EGR is affecting fresh air intake. Although the EGR being open is adding to the MAP value achieved here, the main contributor is normal driving load. Correlating MAP (airflow) with EGR can be a useful diagnostic tool.

The valve is powered with 12 V+ through a main engine relay, and the ECM completes the circuit by applying a pulsed ground path. A magnetic field is created within the valve windings, attracting the pintle shaft. If the valve is required to open more, the pulse width is increased, providing an increased circuit current which in turn creates a stronger magnetic field pulling the pintle further. A potentiometer monitors the moving pintle and reports its position back to the ECM.

After two consecutive road tests the car seemed fine. With not much to go on I sifted through each and every recorded capture looking for…something. Towards the beginning of one drive trip I picked out a brief valve opening. 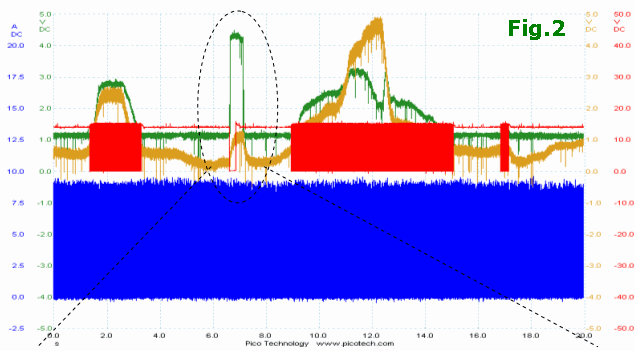 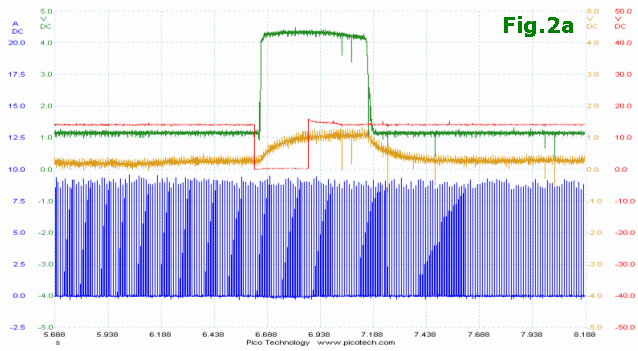 This has the hallmark of a purge check and is clearly a programmed ECM activation. Also, looking at the MAP value during this event, the engine was in deceleration so a brief opening had little benefit for combustion and emission purposes. We see the ECM pull the valve control circuit to ground, forcing the EGR pintle to fully extend (open), and a good extended position is measured and in quick response. During the pintle open phase, the MAP value correctly reacts to a manifold pressure loss making the value rise slightly. When the ECM releases its ground pulse we expect to see the pintle return to closed position with a good response time; but a discrepancy of 230 ms is visible between the ECM releasing the ground path and the pintle actually starting to close. Comparing this to its opening response, where the pintle has to first work against an internal return spring yet still manages a response time of 16 ms, a closing response of 230 ms is evidence that the pintle is sticking.

This now becomes a likely area and worthwhile pursuing further. The scan tool used offers an Actuator Test for this EGR valve and several forced activations appeared to show the valve working fine under static conditions, so it seemed that this was only going to fail on the road. 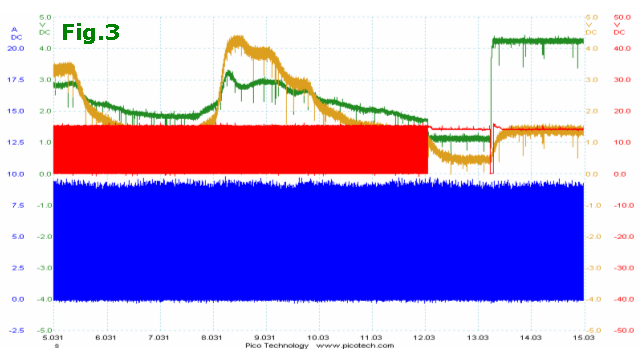 A subsequent road test did eventually flush out the problem. We see the same conditions present as before during deceleration when the ECM allowed a purge check - CHB. With the valve activated, its pintle position CHC correctly reports full extension, but the pintle hangs at fully open when the ECM has already released the valve. We can also determine that the pintle is actually open (as opposed to an erroneous position sensor) from the MAP value CHD also hanging high throughout. 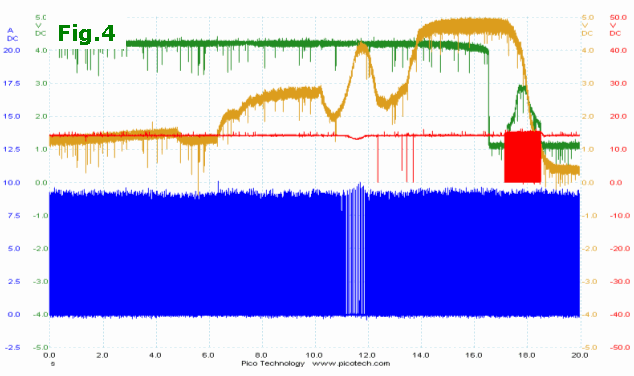 Fig.4 is a continuation of the same fault period and shows that the pintle took some time before it returned to closed position, and during the fault engine performance suffered typically with poor acceleration and hesitation. The vehicle speed didn’t drop low enough to enter idling but it’s fair to say that the idling parameters would struggle to keep this going - our customer’s complaint.

With a new EGR valve installed the closing response time fell to about 25 ms. 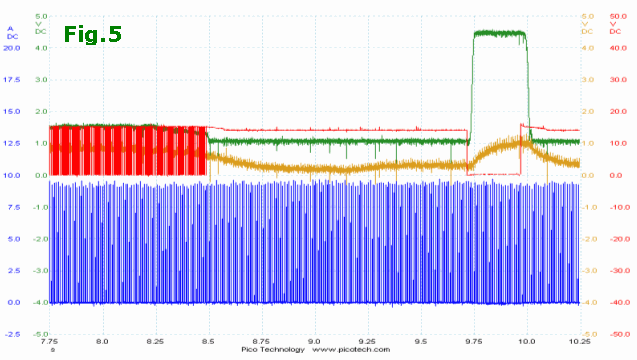 There were no trouble codes logged with this particular fault, so I suspect that the fault detection strategy relied on consecutive fault events within a single drive-cycle. Also, in this case the electrical operating thresholds — open circuit, short circuit, excessive current draw, or a poor power supply — were not exceeded. Here the problem was more one of operational performance, where a control unit would need to evaluate before assigning a DTC, and often this means relying on specific conditions to be met first.

It does highlight a dilemma: how much of a fault finding process should hang on a DTC appearing?

Well done and well illustrated article. It is a pleasure to read. Occasionally we encounter the need to chart system performance in lieu of having reliable if any codes to indicate the path of repair. This demonstrates the use of orderly approach to diagnostics. We need to understand how the system works to adequately restore proper performance. Appreciate the article.
Regards Stephen Bowler, Darby, Montana USA

Another great article from Nick: superbly presented, technically informative, and confirming - again - the importance of the scope in automotive diagnostics. Could I translate this and others into French so that a wider audience might benefit from your expertise? Kind regards, David

Well presented, informative article, as someone else said an example of how the scope works beyond DTCs

Thanks for the examples. Many systems require 2-8 seconds of continuously faulted signals to be present before a pending or DTC code is set. Sometimes mode 6 data will indicate a system that is drifting towards failure, but even then it is usually for steady state signals, not intermittent ones like this one.  Scopes are the best way to diagnose such issues.

As I always say, computers only tell you what they see as wrong, not what *IS* wrong.

I cant help thinking if there is a pintle position feedback path, the ECU software is lacking in not picking up the fact that the thing has stuck open!

However, a nice piece of diagnosis, by somone who knows what they are doing, not your usual dealer workshop numpty who just says “Computer says nuffink wrong mate” when you take something in to be fixed.

Great explanation of system operation & a nice example of a fault seen through the eyes of the scope.