The purpose of the test is to check the operation of the System Main Relay (SMR) within a third-generation Toyota Prius hybrid vehicle. 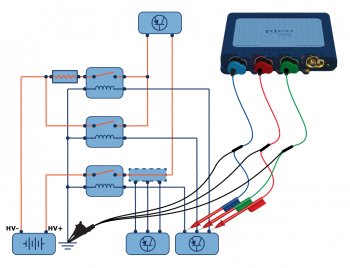 The HV Control Module (HVCM) uses the SMR to control the HV connections between the HV battery and the motor inverter. The HVCM monitors the HV current flow to ensure the HV inverter supply is correctly established, maintained, and shut down. This allows:

The SMR startup process is as follows:

The SMR shutdown process is as follows: