The purpose of this test is to evaluate the idle speed control valve (ISCV) control signal from the Engine Control Module (ECM). 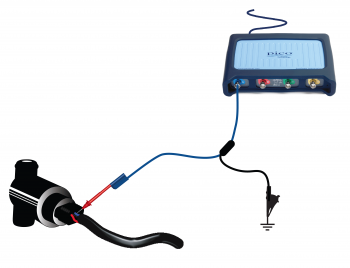 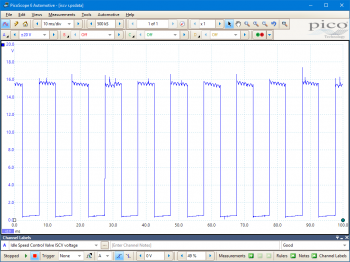 The PWM duty will change with an additional engine load (e.g. from the power steering, air-conditioning or alternator systems etc.). 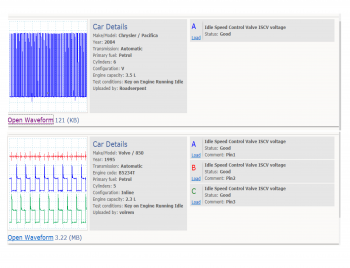 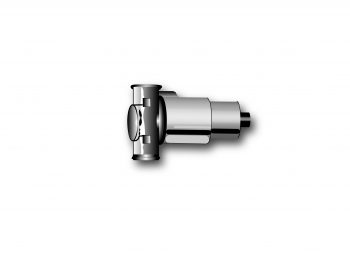 The rotary ISCV is an electromechanical device that can have either 2 or 3 connections. One connection will be a constant battery voltage from either the ECM or a control relay, and the others providing a single or double switched earth.

The ECM controls the valve opening position by varying the duty cycle of the switched earth signal. Therefore, the greater the on time, the further the valve opens allowing more air into the engine resulting in higher idle speed.

Symptoms of a faulty idle control valve may be uneven running or cutting out at idle, or fuel trim related diagnostic trouble codes.