The purpose of this test is to examine the primary driver voltages and the current draw from a DIS coil pack. 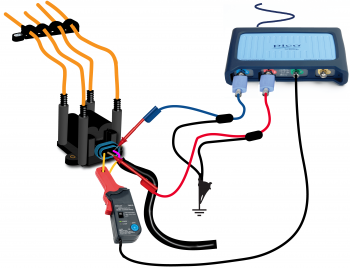 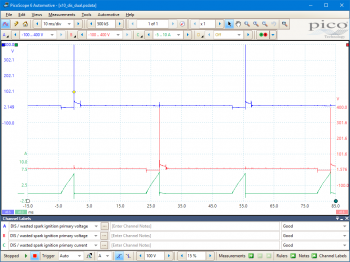 The waveform shows the driver voltages for both windings in the ignition coil. It also shows the current drawn during both driver events, allowing you to see if both coils are drawing the same amount of current during the operating cycle. 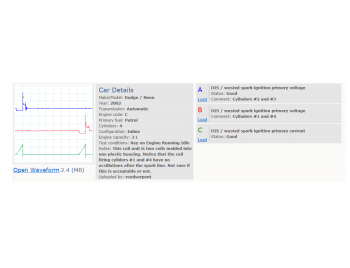 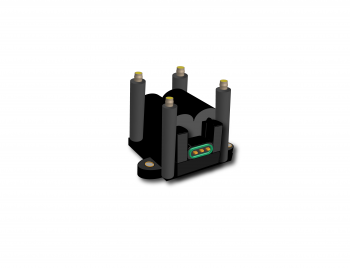 DIS has major advantages over the distributor-based ignition system. These advantages include an absence of rotating high-voltage distribution components, and far lower levels of electromagnetic interference.

DIS is fitted only to vehicles that have an even number of cylinders, such as 2, 4, 6 or 8. This is because two cylinders are connected to one coil, which can send a spark to both cylinders at the same time. This system is commonly known as a wasted spark system. The two spark plugs are arranged so that one is fired on the power stroke of the engine and the other on the exhaust stroke of the opposing cylinder, offset by 360 degrees. After a complete rotation of the engine the two cylinders are now on the opposing strokes and the two spark plugs fire again but with opposite roles.

On a four-cylinder engine, there are two coils with individual drivers that tend to operate cylinders 1 and 4, and 2 and 3. This means there is a dual spark every 180 degrees, with one of those sparks wasted on an exhaust stroke of the opposing cylinder which is firing on the power stroke.