The purpose of this test is to monitor the current draw from an injector whilst observing the primary ignition trace. 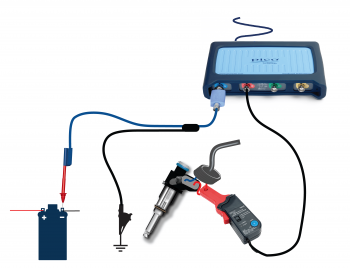 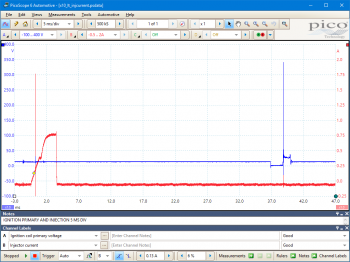 In this waveform we can observe the current drawn by the injector (shown in red) at the same time as monitoring the primary ignition trace (shown in blue). 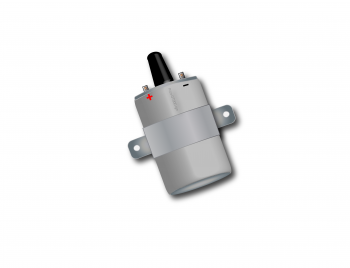 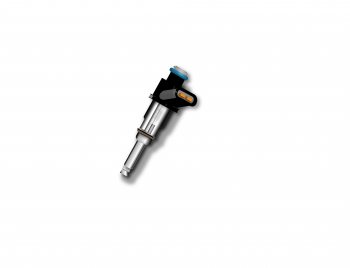 The main reason for evaluating these two waveforms together is to identify the cause of a non-start situation or sudden loss of power, causing the engine to stop.

If the primary trace is absent, there will be no switching of the injectors as these two circuits are timed together while the loss of the injector current signifies that a fault has occurred within the injection circuit.

The frequency of the injection trace when compared to the primary signal will differ between sequential and simultaneous injection. Sequential having one pulse per 720, while simultaneous will predominantly have two. Some simultaneous systems do however have a single pulse, but these are in the minority.

It seems to me it is very good idea. Completely with you I will agree.