The purpose of this test is to evaluate the intake manifold pressures of a naturally aspirated gasoline engine during an engine snap test using the WPS500X pressure transducer. 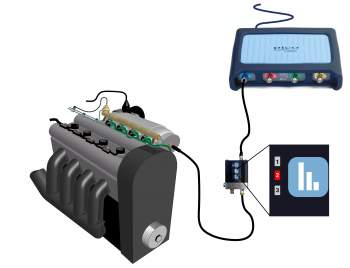 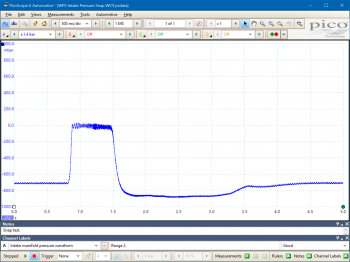 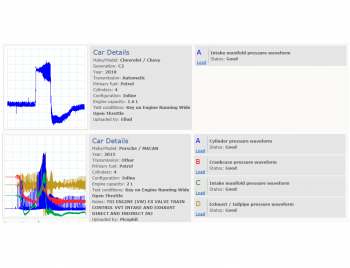 We can use a snap test to see how the intake manifold pressure responds to a rapid change of throttle position from fully closed to fully open and back again. It tells us how well air can move through the engine.

Intake manifold pressure behaviour, during a snap test, can be described, as follows:

A snap test reveals broader trends in the overall intake manifold pressure behaviour. Please note that you should only make pressure value decisions based on comparison with manufacturer data.

The waveform may be affected by possible faults in the following ways: