The purpose of this test is to assess the controlled output of the alternator in relation to electrical load on the battery. 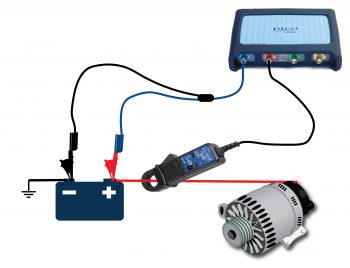 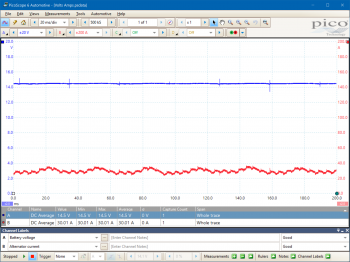 Go to the drop-down menu bar at the lower left corner of the Waveform Library window and select Alternator voltage or Alternator current. 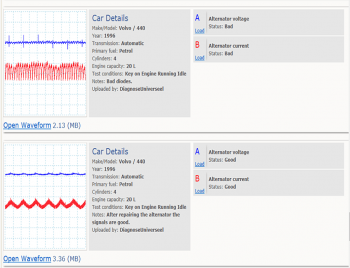 When the engine is running, an alternator generates electrical energy to supply the vehicle’s on-board electrical systems and replace the battery charge consumed during cranking. Accurate ECM controlled charging is essential to the operation of Start-Stop systems, which place increased demands on starter batteries.

Alternators with voltage regulators vary their output dependent on the electrical load, whereas ECM controlled alternator outputs depend on a variety of additional parameters, including the battery’s temperature and estimated states of health and charge. The other advantage of ECM control is that the alternator can be deenergised when not required, reducing torque and heat stress within the alternator and engine loading to improve fuel efficiency.