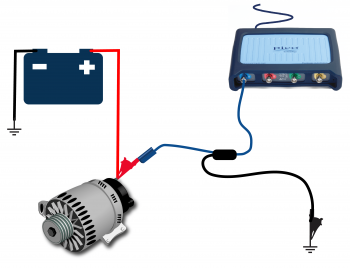 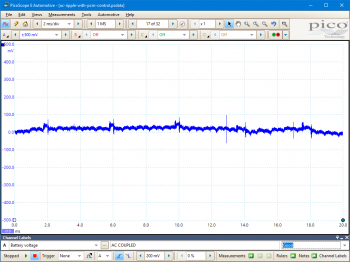 Go to the drop-down menu bar at the lower left corner of the Waveform Library window and select, Alternator AC ripple / Diode Test. 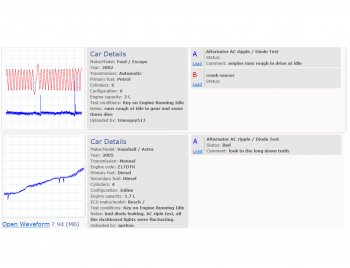 When the engine is running, an alternator generates electrical energy to supply the vehicle’s on-board electrical systems and replace the battery charge consumed during cranking. Accurate control of alternator output and charging is essential to the operation of Start-Stop systems, which place increased demands on starter batteries.

Unlike voltage regulator systems, in which alternator output depends on electrical load, ECM controlled alternator outputs depend on a variety of additional parameters, including the battery’s temperature and estimated states of health and charge.