The purpose of this test is to evaluate the voltage output from the internal track of the air flow meter during engine idle, Wide Open Throttle (WOT) and over-run conditions. 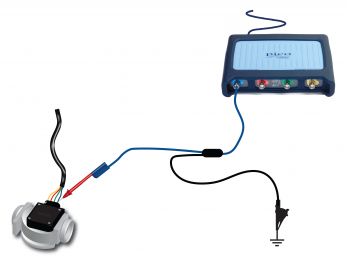 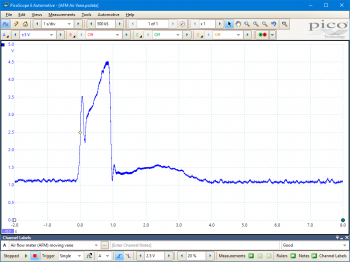 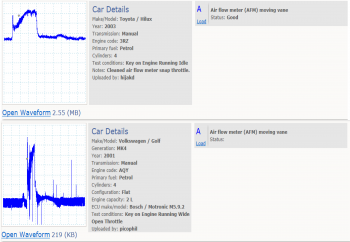 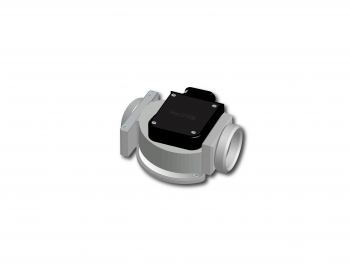 Vane-type air flow meters indicate the quantity of air flowing into an engine. They consist of a spring-loaded vane flap, which is deflected by the air flowing past it. The air vane is mechanically linked to an electrical contact, which slides across a carbon track as the vane moves. The effect is that of a variable resistor providing a varying voltage output relative to vane position. The Engine Control Module (ECM) uses the sensor output voltage to adjust the fuelling in proportion to the indicated air flow.

Vane-type air flow meters have a number of technical drawbacks.

For these reasons vehicle manufacturers have moved on to alternative methods of air flow measurement.

Depending on the vehicle application, Vane- type units were commonly found with any one of the following different types of electrical connector:

Four-terminal units can have-

The fuel pump contacts make and break the circuit depending on the air flow through the meter. The circuit is made only when the incoming air has moved the flap approximately 5° from its rest, engine off position. This type of unit was fitted to certain Range Rover vehicles.

Vane-type air flow meters also have an internal compensation chamber that helps to stabilise the movement of the flap caused by induction pulses.

The CO content adjustment is via an internal air bypass or a potentiometer, depending on the version.

This type of air flow meter has been used on systems such as Bosch L, LE, LE3, Motronic and Ford EEC IV and several Japanese manufacturers.